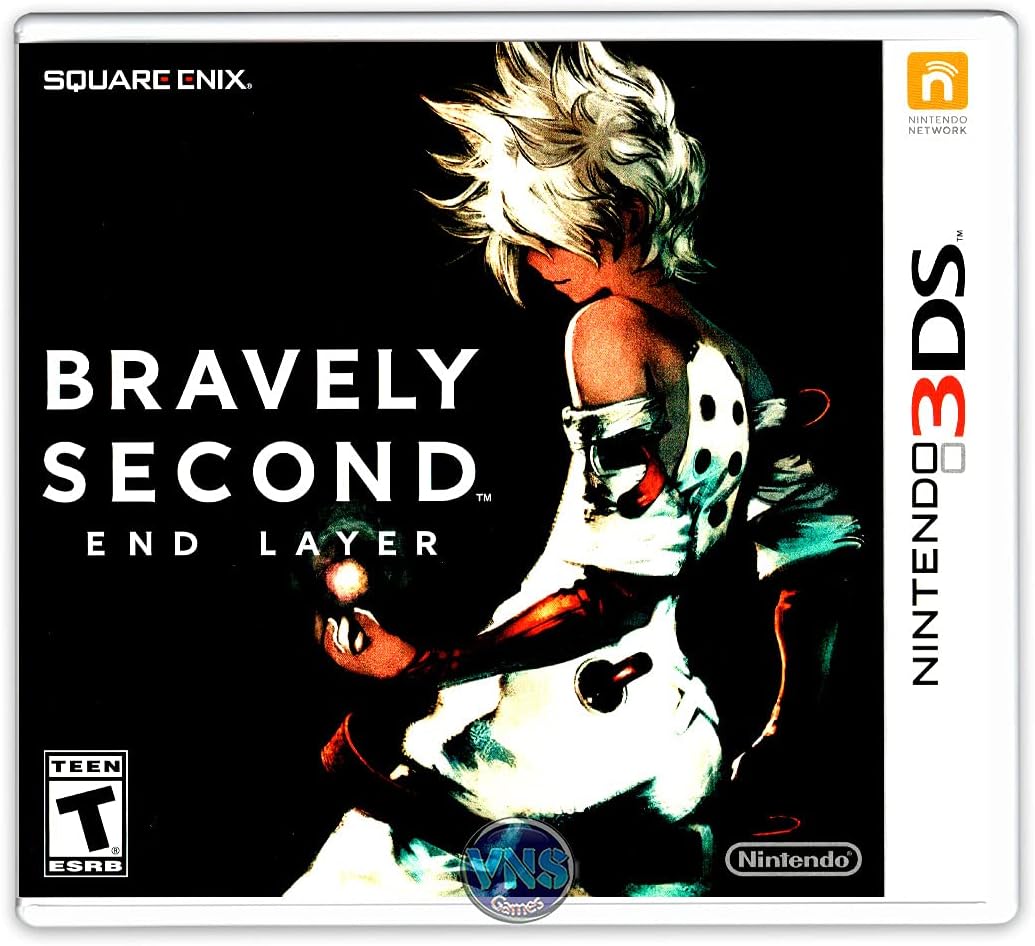 *The DLC (Downloadable Content), Trials/Subscriptions may or may not be included and are not guaranteed to work* Agnes Oblige, icon of world peace, has been imprisoned in a floating fortress. Risk it all to save her as you journey across Luxendarc in the next evolution of turn-based RPGs, the sequel to Square Enix's innovative RPG, Bravely Default.

Dare to risk everything in battle. ..again and again!

Steel yourself for the next evolution of the series that reinvented turn-based RPGsâthe successor to Square Enixâs Bravely Default game. In this standalone adventure, AgnÃ©s Oblige has been imprisoned, and as a knight in her service, itâs up to the hero, Yew, to save her! Form the ultimate team and strategy, then risk it all in this fast, fresh RPG.

The innovative Brave and Default battle system is back and deeper than ever. Balance risk and reward in turn-based battles: characters can make multiple moves in one turn, but then they may be unable to move for a while. Win a battle in a single turn and you can instantly start a more difficult encounter to earn better rewards. Level up characters and jobs quickly, but be carefulâdefeat means losing anything earned along the way. Select from 30 jobs and over 300 skills and abilities to customize each party member in the most strategic manner. The more you learn, the more tactics youâll wield.

Now go forth! Defy the mysterious kaiser and face down his army before itâs too late.

A pre-launch demo focusing on the Three Cavaliers â Yew Geneolgia, Janne Angard, and Nikolai Nikolanikov â will act as a prelude to the adventure, and even allow players to unlock rewards in the full version of the game depending on their progress in the demo. The demo is available now at the Nintendo eShop!

"Itâs one of the best 3DS role playing games to date and manages to outdo its predecessor in many ways." â Nintendo World Report, April 2016.

"Every turn forces you to make a series of spot decisions that could lead to unlikely triumph or throw away would could have been a comfortable win. Even the most mundane of enemy encounters becomes a psychological, analytical puzzle to break down and solve." â COED, April 2016.

"It feels great to pummel enemies and come away with a quick victory, but if you fail to bring the enemies down during that process then you will be subject to four consecutive attacks that could spell your own doom." â Attack of the Fanboy, April 2016

"The world map is colorful and bright, and the locales you visit are wonderfully drawn and amazingly detailed. All I kept thinking about as I played the game was just how colorful it was - the vibrancy of the world to me feels like such an important part of the game." â Nintendo World Report, April 2016.

"The new Jobs and even more convenient features for grinding make it a fun adventure for anyone who loved the original." - GamesBeat, April 2016.

SpeedMarker: Created for automation - from single parts up to serial production.

Create graphic, photo and text elements and quickly make adjustments thanks to the integrated workflow. With one software that is both a graphics design software and laser program.

Multiple lasers, infinite number of users, one web-based platform. Ruby® is not just a laser software, Ruby® is a platform. Digital to the core.

One laser software from manage, design through preparation and production. The cloud-based material database helps to achieve the best laser results.

What do you want to laser?

Trotec Laser will be at FESPA 2021 in Amsterdam

FESPA brings together the best-known companies in the digital printing sector. Trotec is definitely one of them. For this reason, we are proud to...

Ruby® makes working with your laser simpler and faster. Digital to the core. Explore it now!

⇒ July 15, 2021 at 12 pm EST ⇒ Join us! See firsthand how Ruby® will make working with your laser simpler and faster.